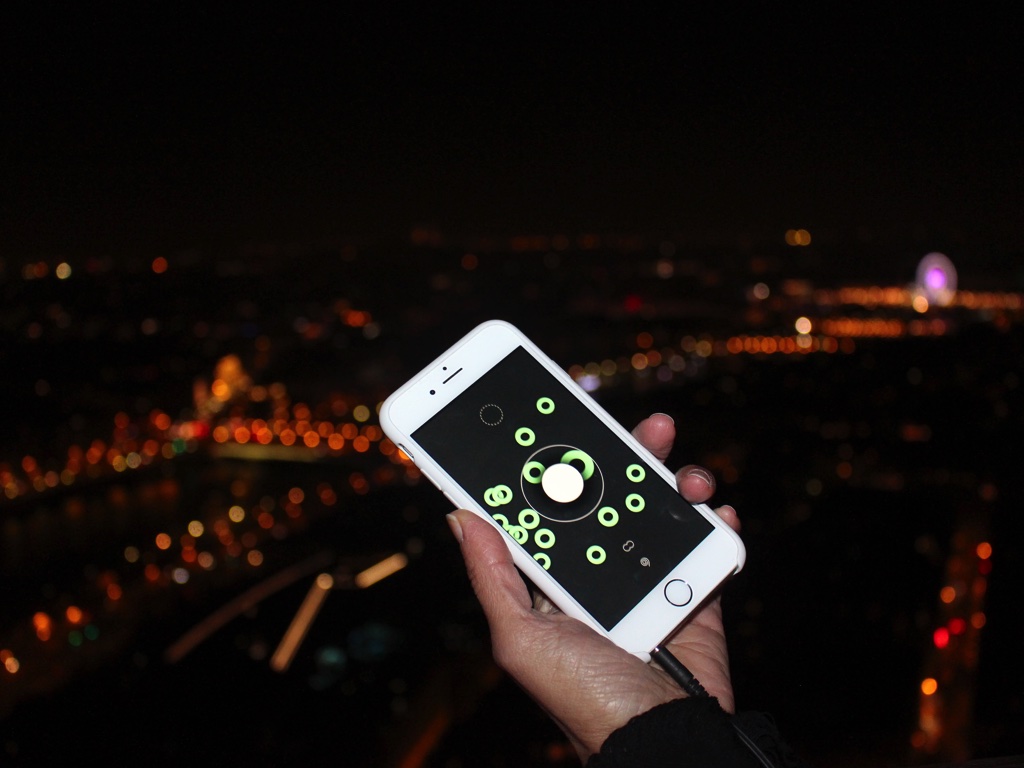 At COP21 we are bringing the rainforests of the world to Paris and encouraging global leaders to listen to nature and take climate action. At the core of this experience Rainforest Listening showcases one of the most critical environments on earth, the Amazon Rainforest. The installation features pristine sounds recorded in a diversity of ecosystems including lowland tropical rainforest with abundant wildlife. Listeners can hear the rich biodiversity of insects and birdlife and those who venture deeper into the sound maps can discover the endangered Amazon River dolphins or elusive howler monkeys hidden in iconic locations throughout Paris.

The Eiffel Tower and surrounding parklands will be transformed into an immersive sonic experience layering rainforest soundscapes over the breathtaking views of the city. Each observatory platform of the Eiffel Tower will be interpreted as the four distinct layers of tropical rainforest vegetation through immersive soundscapes and original sonic art created exclusively for COP21 by multi-award winning Australian artist Leah Barclay.

Over 100 sounds will be planted across Paris during COP21. The sounds are accessible from the points outlined on the map below and will feature at some of the major venues for COP21 including Petit Palais for Earth To Paris – Le Hub on December 7th, The Global Landscapes Forum on December 5-6 and The Hub Culture Paris Pavilion throughout COP21. Sounds will also be accessible around Le Bourget and the official locations for COP21.

To experience Rainforest Listening in Paris you need a mobile device and headphones. You can access the soundscapes via two applications Recho and Podwalk, with Recho being our core application for iOS and android users. The installations run 24 hours a day and can be accessed anytime throughout COP21 in Paris.