In 2014, Leah Barclay was selected for the inaugural ((Echo)) Fellowship program. Echo is an online exchange modeled after OneBeat. Echo connects innovative musicians, artists, writers, and thinkers in a month-long collaboration, during which time Echo Fellows engage in an online laboratory of artistic and scholarly ideas and experimentation.

OneBeat is a music exchange and incubator for music-based social entrepreneurship, where innovative musicians from around the world launch collaborative projects designed to make a positive impact on local and global communities. An initiative of the U.S. State Department’s Bureau of Educational and Cultural Affairs, OneBeat is cultivating a groundbreaking international network of leading artistic, technological, and social innovators in music.

OneBeat Echo 2014 was co-created and curated by Jeb Middlebrook, Assistant Professor of Sociology at California State University, Dominguez Hills in Los Angeles, where he researches and teaches music, justice, and ethnic studies. He holds a Ph.D. and M.A. in American Studies and Ethnicity from the University of Southern California, and a B.A. in Ethnic Studies from the University of Minnesota. His current work explores the sound of prison in popular culture, policy, and protest. The 2014 process took the following structure.

I. Sharing: In the first stage of Echo, Fellows were asked to offer existing creative or scholarly work that they would like to share with the Echo community, reflecting the mission of OneBeat: “to celebrate the transformative power of the arts through the creation of original, inventive music; to develop ways that music can make a positive impact on our local and global communities; and to foster mutual understanding and cooperation across geographic and cultural barriers.”

II. Collaborating: In the second stage of Echo, Fellows were randomly assigned to “Ensembles” (small groups of Fellows) and asked to get to know each other via email, Skype, text and existing social media platforms, and then to collaborate by responding to one another’s work. This year, the collaboration was based off an existing platform developed by web designer Cameron Steele and OneBeat director Chris Marianetti called Telephenesis. Telephenesis is an online space for musical collaboration modeled after the children’s game of telephone. Instead of words, music gets mimicked and reinterpreted. Collaborations exist as connected systems of stars, forming constellations.

III. Exhibiting: In the third and last stage of Echo, the collective creative works of all Echo Fellows are updated on the Echo website for the global public to view, share, and experience. In future iterations we hope to also create a platform where the wider public can further engage and collaborate creatively with Fellows. 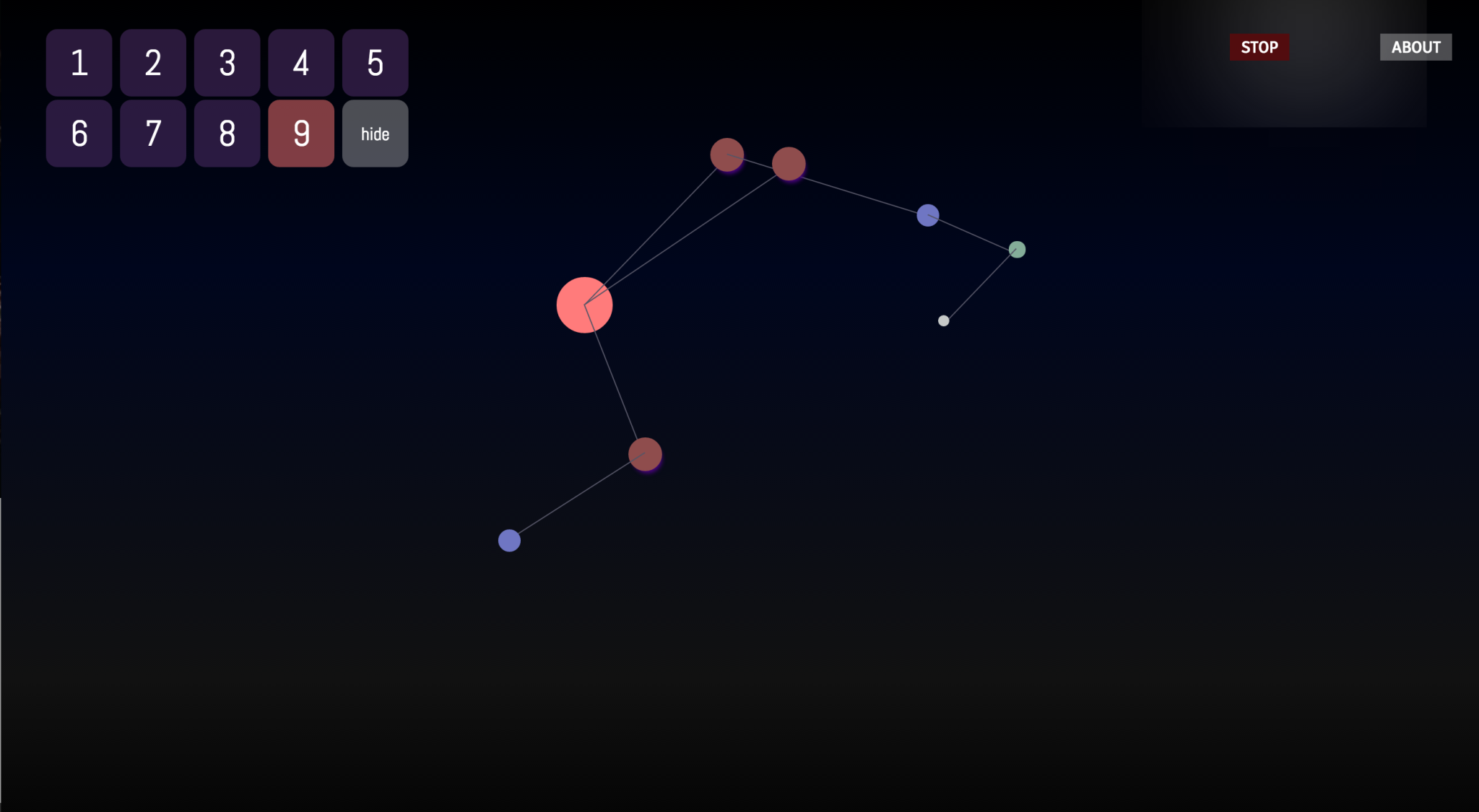