Shazam Rainforest is a multi-sensory immersive installation created for Mindshare’s sixth Huddle in London in November 2016. The installation focused on tropical rainforest engagement and raising awareness of the conservation work of Rainforest Partnership – an international NGO who works directly with Indigenous communities to protect and regenerate tropical rainforests. The installation was designed to immerse the Huddle delegates in the Central Amazon Rainforest and use sound as tool to inspire embodied engagement with the environment. Shazam Rainforest combined sound, visuals, smell and tactile interactivity with new technologies. Leah Barclay worked with the development team at Shazam in London for six months to experiment with identification algorithms for rainforest soundscapes using the same technology as the popular Shazam app. Leah created a unique 3D soundscape for the event based on her field recordings from the Amazon Rainforest and building on the success of the Rainforest Listening project. Shazam’s technology allowed you to identify rainforest sounds from wildlife to tropical storms and take direct action (such as donate to Rainforest Partnership or learn more about a particular conservation issue). Shazam also showcased their visual recognition app. This installation developed new technologies that have a range of scientific and artistic research potential in using mobile technologies to engage global communities in ecoacoustics and climate action. 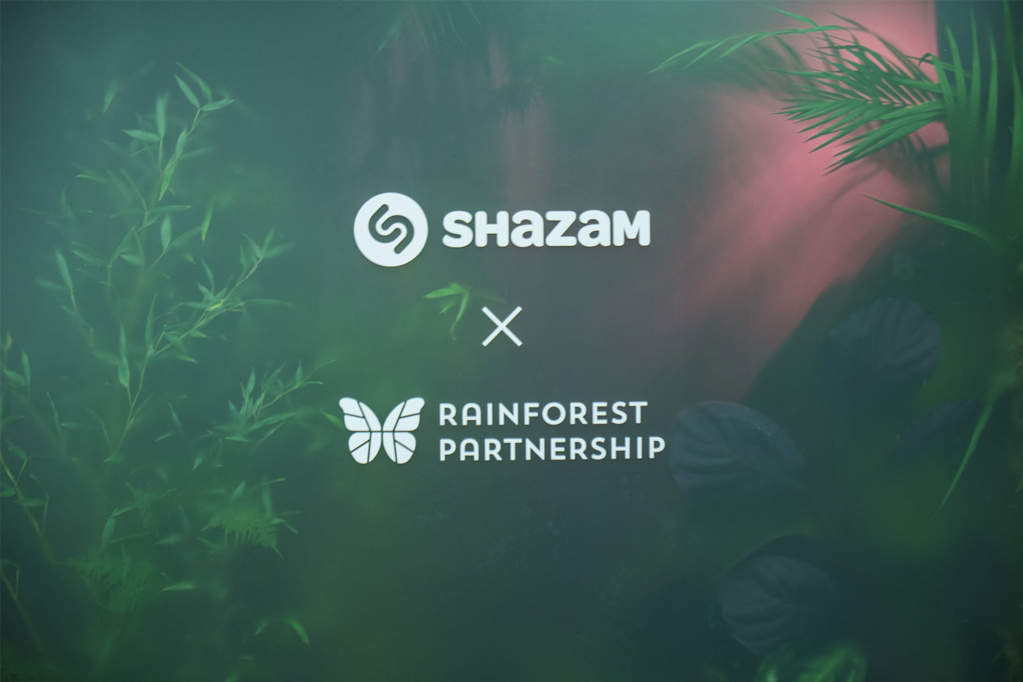 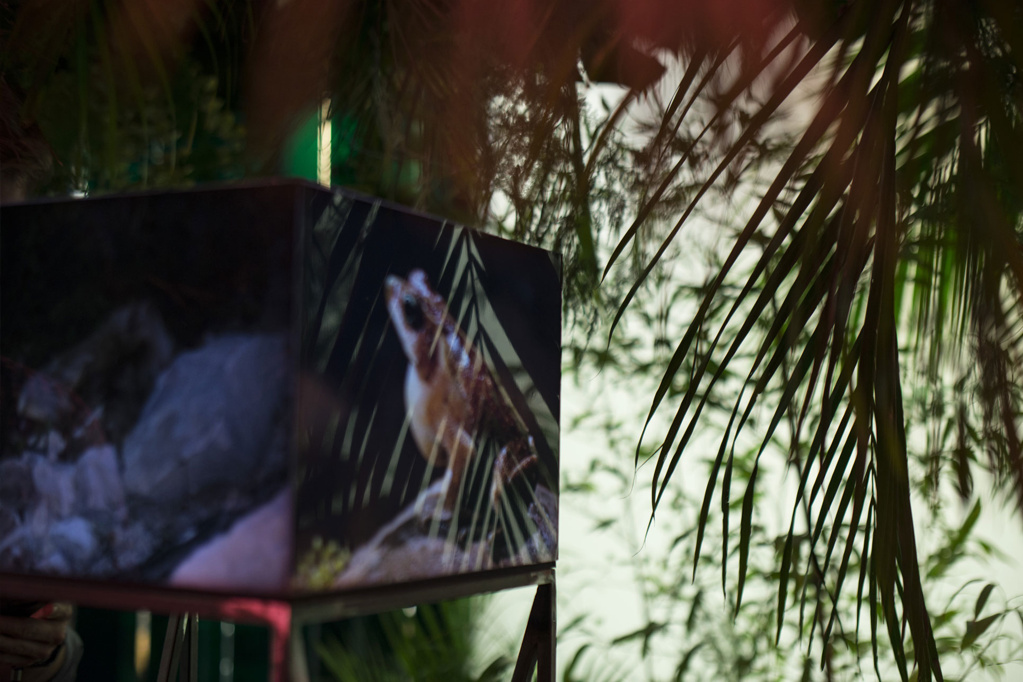 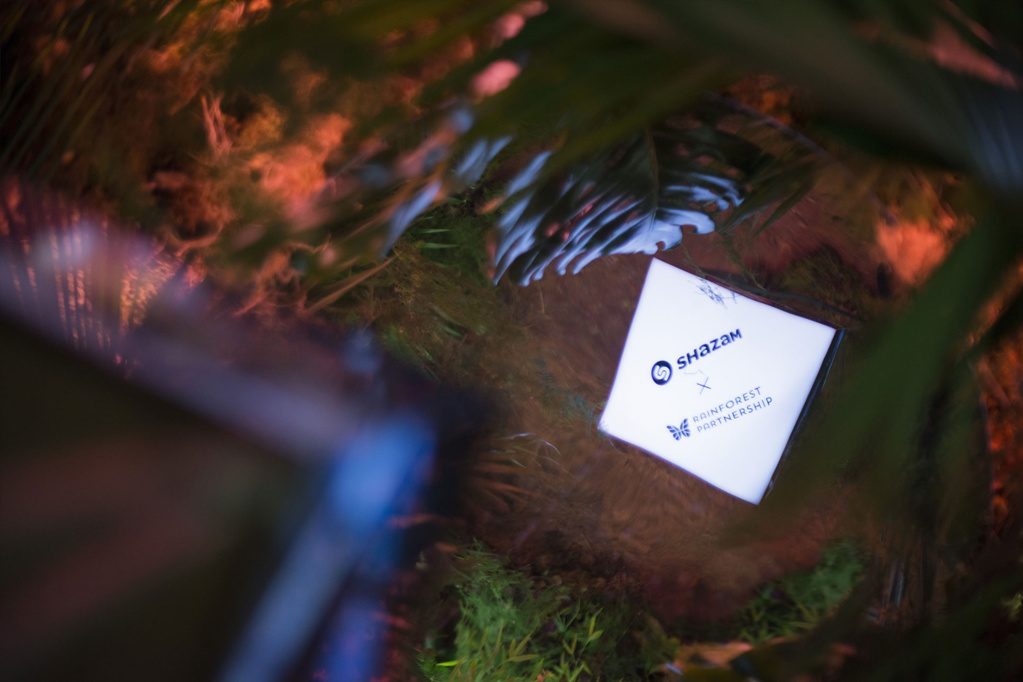 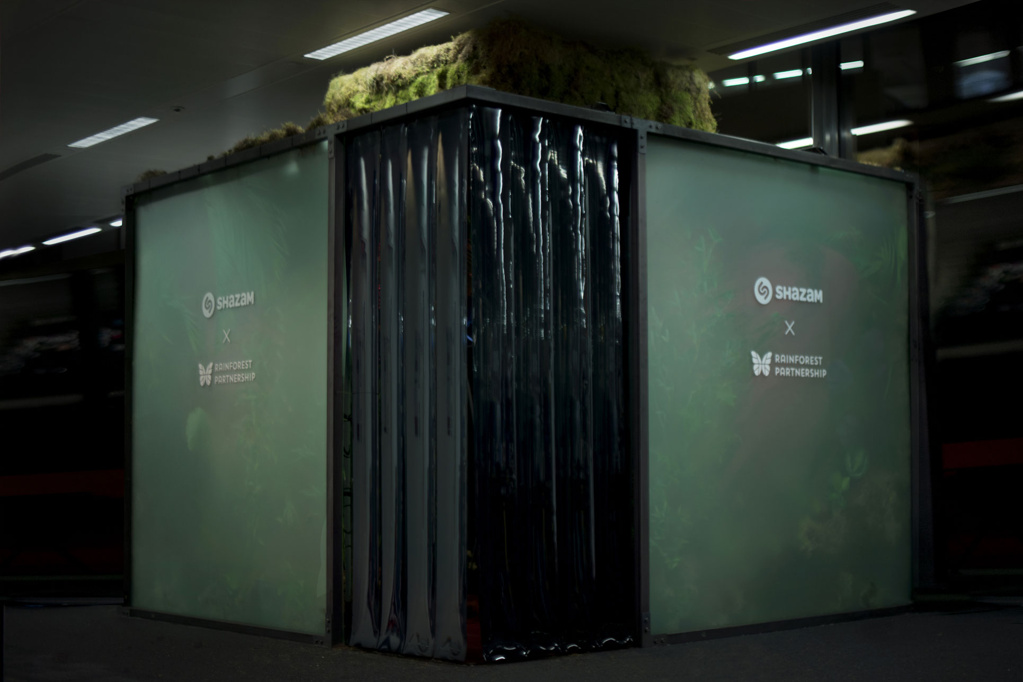 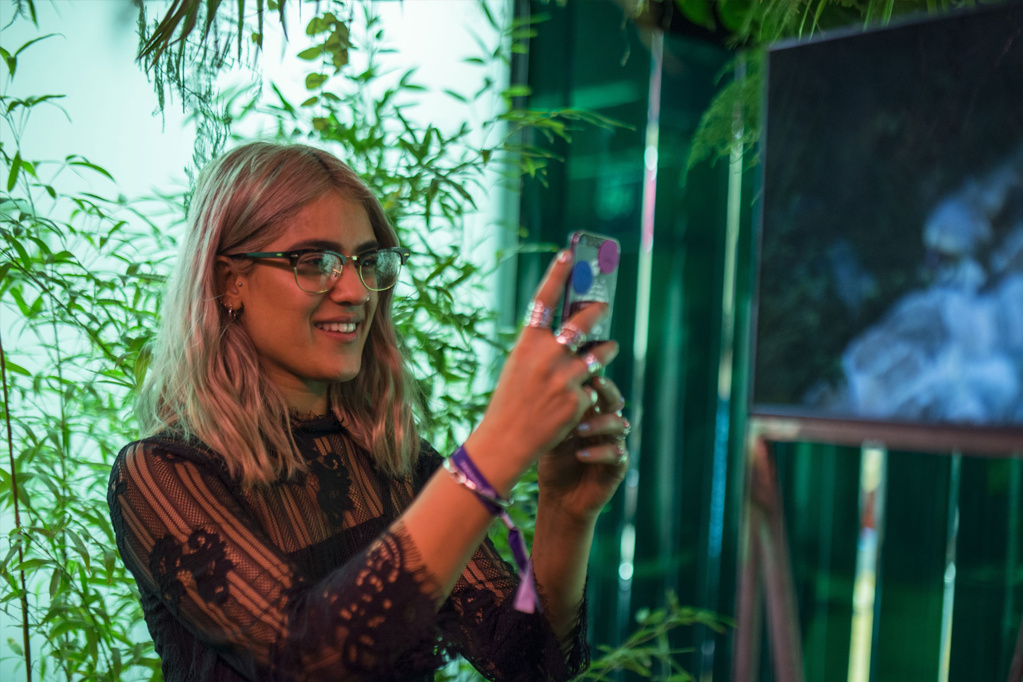 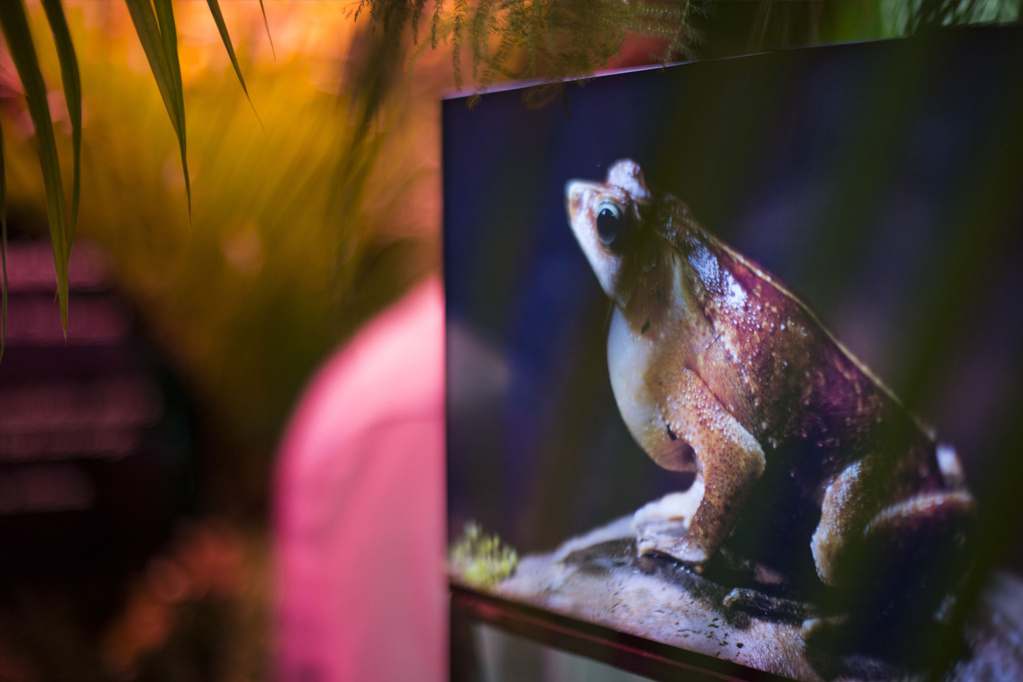 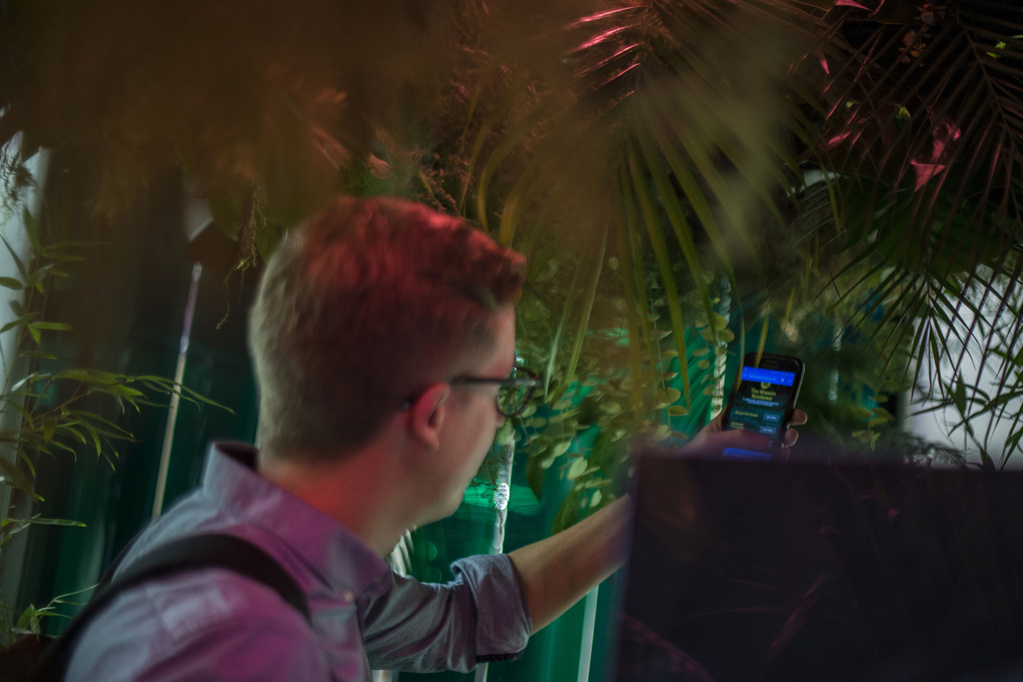 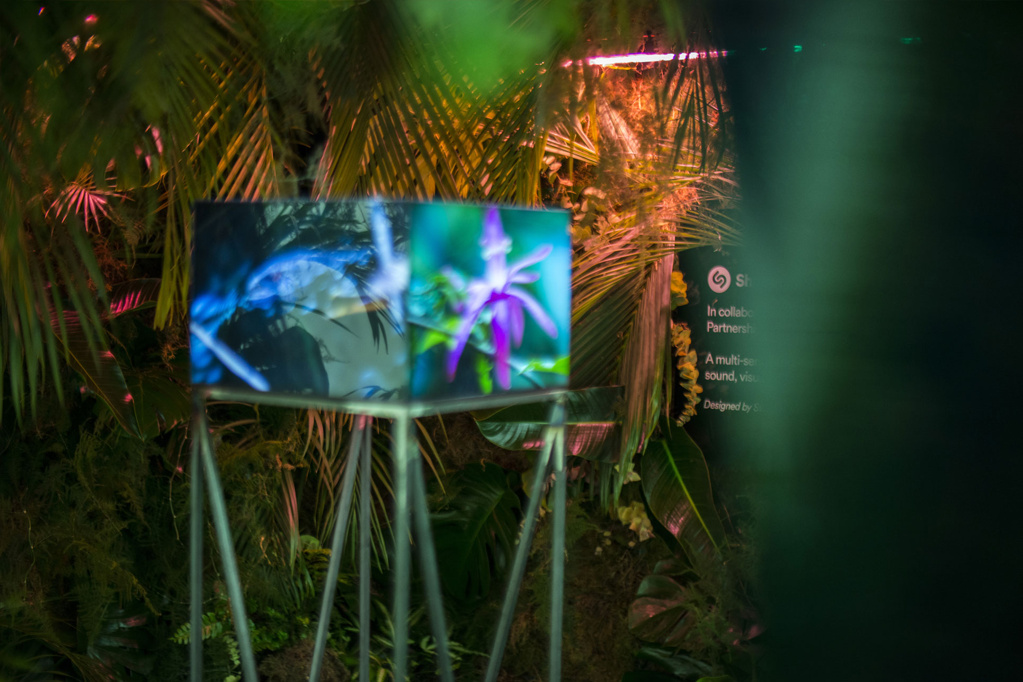 Shazam is one of the most popular apps, used by hundreds of millions of people each month to magically connect to the world around them. Building on its pioneering leadership in music identification, Shazam now helps people discover, interact with, and share audio, video, printed or augmented reality content and lets music fans follow their favorite artists to share in the thrill of discovery. The app has been downloaded over 1 billion times, in over 190 countries, and users Shazam over 20 million times each day, helping to shape Shazam’s influential weekly charts. For more information, please visit shazam.com

Rainforest Partnership is an impact and data-driven international nonprofit dedicated to protecting tropical rainforests, the lungs of our planet and a critical factor in its health. The Amazon Basin alone stores 400 million metric tons of CO2 per year – about 25% of all carbon stored on land, and it produces 20% of the world’s oxygen.

Nearly 4,500 acres of rainforests are lost every hour from illegal logging, mining, agriculture, forest fires, and oil drilling, resulting in a lot more carbon in the atmosphere – and a lot less oxygen. Rainforest Partnership works directly with rainforest communities to sustainably develop products found in the forest, giving the community a stake in keeping their trees intact.

When the trees are more valuable standing than cut, we can all breathe easier.