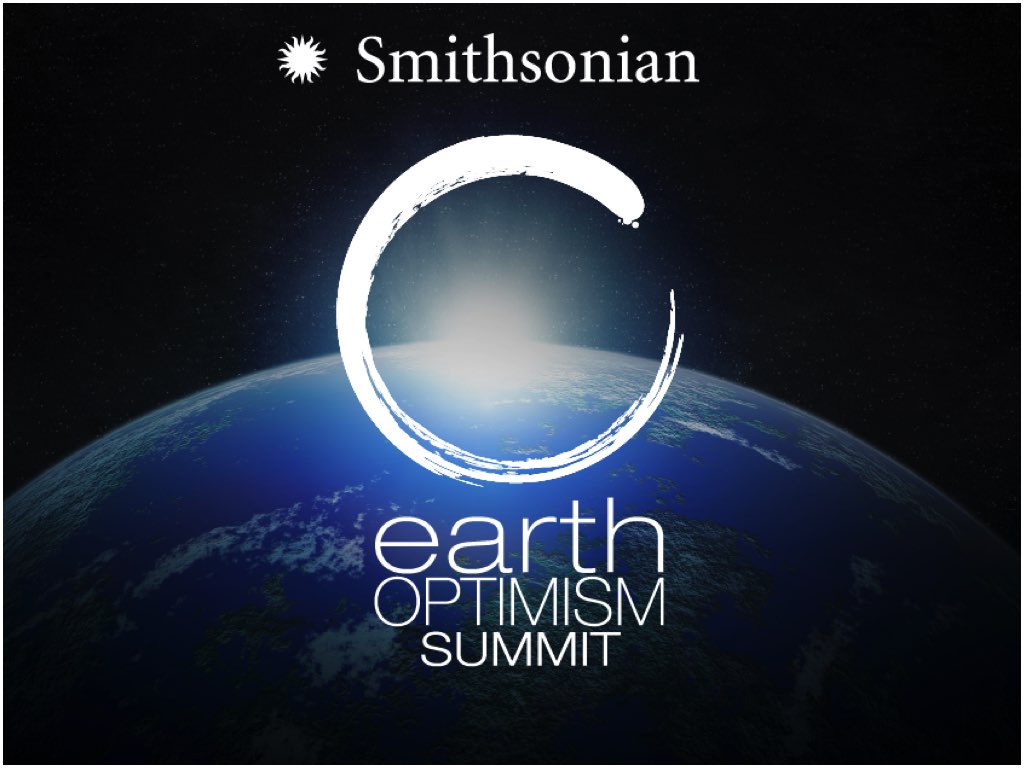 Leah Barclay is giving a plenary presentation at the Earth Optimism Summit in Washington at the Smithsonian in April 2017. Earth Optimism celebrates a change in focus from problem to solution in the area of global conservation with an unprecedented gathering of international thought leaders, scientists, environmentalists, artists, civic leaders and international media.

Leah is speaking about the value of acoustic ecology in engaging communities and understanding changing environments and will also be performing a new version of Hydrology. Visit the program on the Earth Optimism website for further details and link to live streams:

In addition to the presentation and performance, Leah in installing an augmented reality version of Hydrology where soundscapes will feature throughout the Smithsonian, Ronald Reagan Building and International Trade Center and the National Mall. The installation will be accessible via a mobile phone app and launches Thursday April 20th (9am DC time).

Hydrology is an immersive sound environment exploring the aquatic ecosystems that cover over 70% of Earth’s surface. The sounds have been recorded using hydrophones (underwater microphones) in freshwater and marine ecosystems across the planet. The featured locations include coastal mangroves in the Sian Ka’an Biosphere Reserve in Mexico, Queensland’s iconic Great Barrier Reef and frozen rivers in Norway. The work explores the scientific possibilities of aquatic ecoacoustics with recordings including snapping shrimp, aquatic insects, river dolphins and Humpback whales, which can all be indicators of ecosystem health. Looking at the surface of a river or marine ecosystem, it is virtually impossible to detect environmental changes. The impacts of climate change are often visible in terrestrial environments, yet dramatic changes in aquatic ecosystems can go unnoticed simply due to visibility. Listening to hydrophones provides access to a noninvasive way of understanding changing aquatic ecosystems.

Hydrology draws on over a decade of Leah Barclay’s hydrophone recordings from projects including Sound Mirrors (2009-2011), The DAM(N) Project (2010-2013) and her current major research projects Biosphere Soundscapes, an interdisciplinary venture exploring the changing soundscapes of UNESCO Biosphere Reserves and River Listening, a project which examines the artistic and scientific possibilities of freshwater ecoacoustics. Biosphere Soundscapes and River Listening are the core focus of Leah’s Griffith University Postdoctoral Fellowship at the Queensland Conservatorium Research Centre. Hydrology draws on emerging science and explores the diverse sonic properties of water to reveal the acoustic ecologies beneath the surface of oceans, lakes and rivers across the planet. This research has showed the value of music and sound in informing the development of emerging science and the incredible possibilities for discovery when art, science and technology come together.