In July 2014, Leah Barclay was an artist in residence at Siva Zona Gallery at Korcula island in Croatia as part of the Pacific Shortcuts project.

Pacific Shortcuts featured Sound Mirrors by Leah Barclay, an immersive sonic environment that responds to significant rivers across the world. Throughout 2009 to 2012, Leah Barclay travelled through Australia, India, Korea, China, Hong Kong and Brazil capturing the sound of rivers and their surrounding communities. The resulting work is an ephemeral experience that slides through vivid landscapes and rich cultural traditions. The source materials range from hydrophone recordings of the Amazon River Dolphin in central Brazil to pilgrims chanting at dusk on the banks of the Pamba in southern India. Sound Mirrors explores rivers as the lifeblood of communities and underscores the value of listening in our current state of ecological uncertainty, weaving diverse cultural and natural soundscapes into a dense and unpredictable sonic environment.

At the exhibition opening on July 14th, 2014 Leah Barclay also performed a new version of Shifting Nature, a live performance adaptation based on environmental field recordings made during the Sound Mirrors project.

This performance and installation also weaved in local sounds from Korcula island, Croatia. 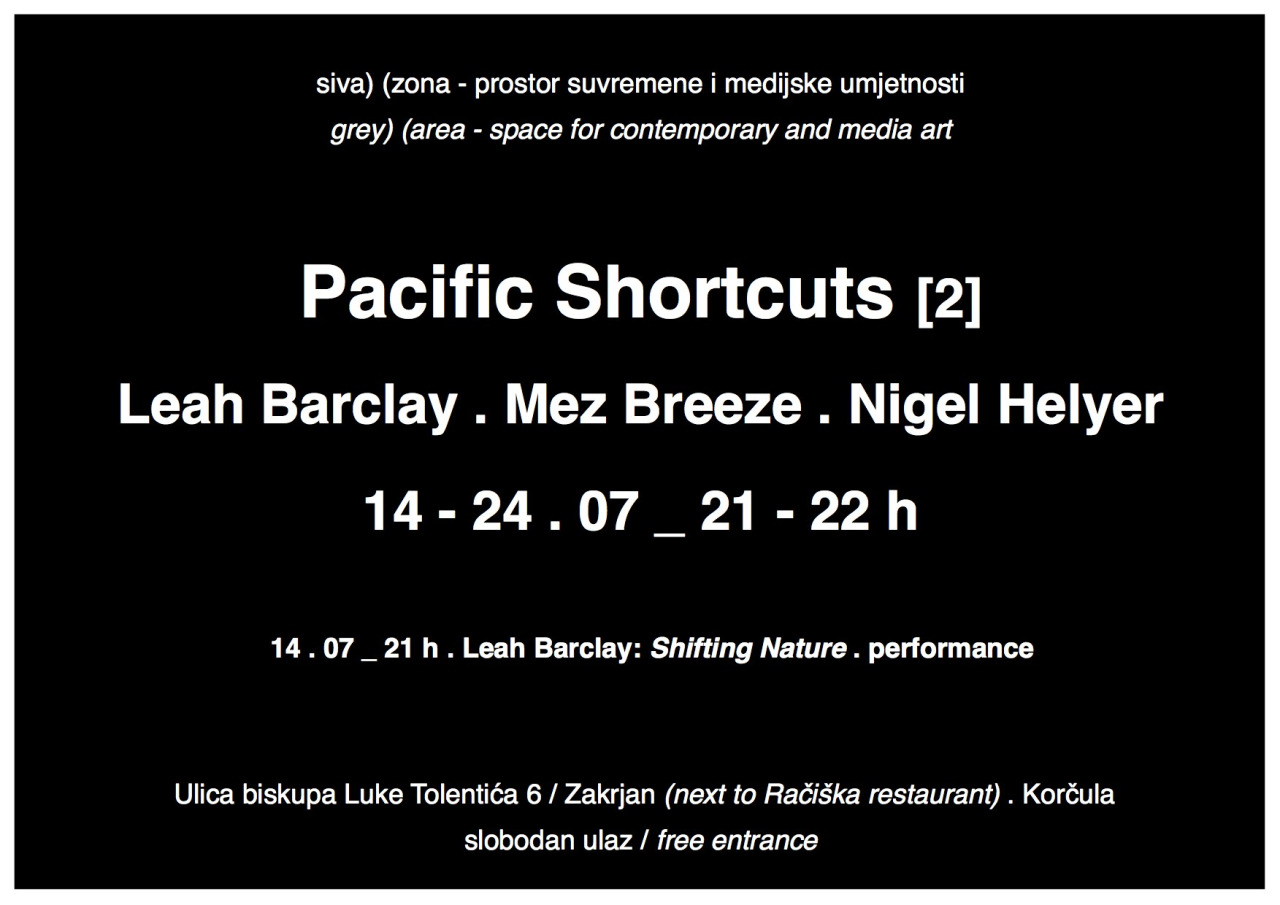